Abortion is basically prohibited by the criminal code, but allowed by another law with a catch-all excuse of “economic hardship”. Such hardship is assumed to be below the poverty line, so most women who want abortion do not actually fit into this category. On top of that, the economic indication is not stipulated in the law in the strict sense, but is only mentioned as one of the conditions which might affect the health of the mother. These gaps between the law and the reality make almost all of the abortions legally as well as morally questionable.

Abortion is generally regarded as a woman’s sin or as a sign of bad motherhood. Such a stigmatized view is supported by widely-acknowledged and very common rituals for the aborted fetus introduced by some religious leaders since the 1970s.

Abortion care in Japan is low-tech and unfriendly to women. Even now, D&C with general anesthesia is widely used (see the graphs below) without the help of ultrasound. Also, most abortions take place without suitable and dignified counseling or informed consent. Medical abortion is unavailable and no move is seen toward approval of the abortion pill. There is a persistent view that improving abortion care would only please irresponsible women who depend on the procedure, and lead to an increased number of abortions and lessen the population in this aging society. 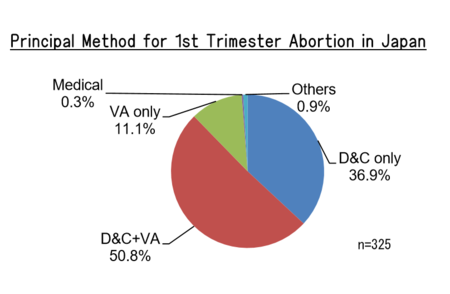 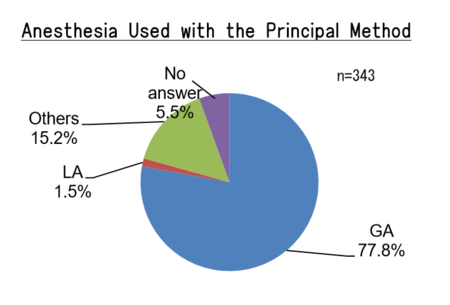